Analyze each Hole with a Plan for Lower Golf Scores

Your Best Club's Between Your Ears 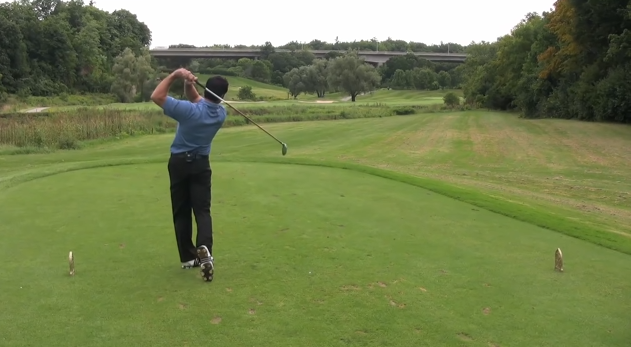 How Do You Lower Your Golf Scores through Good Course Management?

The best club in your golf bag is the one between your ears! The fastest way to lower golf scores is to analyze each hole thoughtfully. Work backward from the pin, visualizing your path to the green. Just because you can use the driver off the tee doesn't mean you should. Evaluate the situation. What's the distance to the green? Where's the trouble? How are you hitting the ball? It pays to analyze each hole and devise a shot plan that sets the odds in your favor. There's nothing wrong with putting it on the line and going for a difficult shot if the situation demands it - such as in a tournament where you must come from behind. But in most cases, your best option will be a safer one, that avoids the trouble and still gives you a comfortable follow-up shot.

Sean Casey is the Director of Instruction at the Clublink Academy at Glen Abbey Golf Club in Oakville, ON. Sean gives a course management golf tip and discusses choosing the right club to hit off the tee - and it's not always the driver!

Sean shares a great example of good course management on the 14th hole at Glen Abbey Golf Club. He's 367 yards from the green. Just because you're on a par 4 or 5 doesn't mean you have to use a driver. For too many golfers, if it's a tee shot, out comes their driver automatically, with almost no thought about a plan for the hole or the situation on the course. Is there trouble? If yes, where is it? For example, on this hole, some bunkers come into play on the left side. There's also water if you go long, just past the bunkers.

And last but not least, there's a creek that runs right through the entire fairway of the hole. If you use the driver, you will have to contend with all of this trouble. Alternatively, if you were to select your 3-wood, even if you hit the ball flush, you will come up well short of all that trouble. A straightforward assessment says that the odds of staying out of trouble with the 3-wood are far better than the driver. This choice allows you to hit this shot fearlessly and prepare for an approach shot of about 140 yards - a comfortable short iron shot. 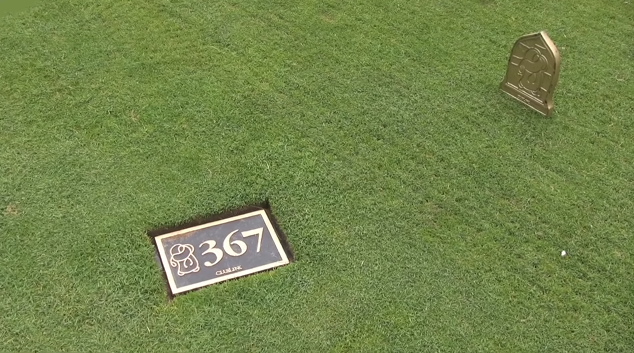 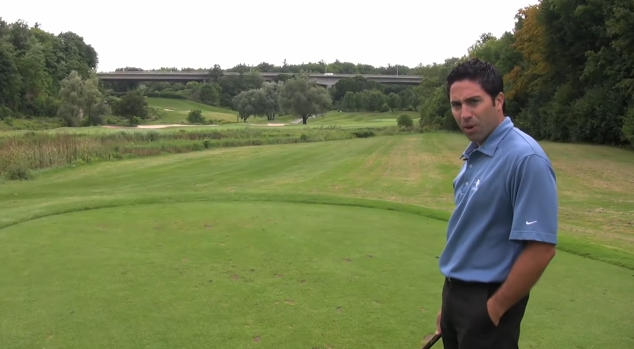 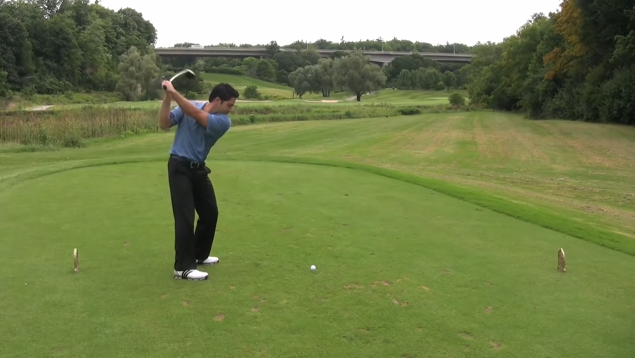 Run to the Trouble 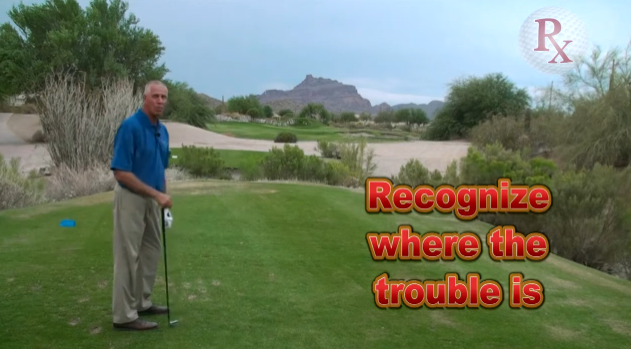 Scott Bunker - Director of Golf shares another valuable lesson about course management.  All our lives we are taught to run away from trouble. But when you are on the tee pad this is not always a good strategy. So, as you survey the hole from the tee pad and start to take note of the hazards in the distance (bunkers, trees, water, other) your best option is often to move toward the worst hazard and tee off from the side closest to your biggest risk. By doing this you give yourself a wider field of view away from the hazard, in fact you will likely tee off away, rather than toward your biggest risk. 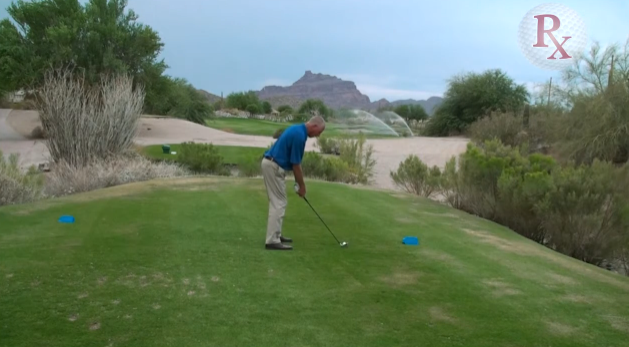 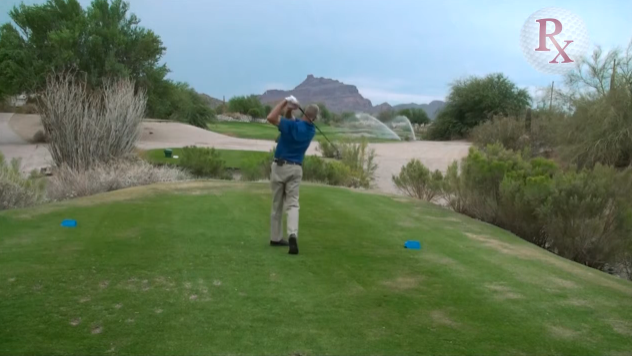 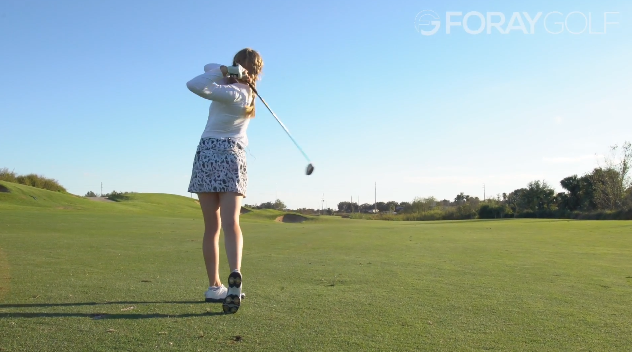 Rising star Casey Danielson with Foray Golf talks about her process on whether to go for the green in two on a par 5. Casey uses four criteria for deciding whether to pull out her 3-wood or layup instead. First, she gets a read on the distance to the front and middle of the green. If the yardage is something, she is comfortable with, she then double-checks her lie to ensure that there are no issues such as a ball in a divot or any other impediments. Next, she considers the risks of the shot by looking at the miss area to be sure that she will still have a shot at birdie even if she doesn't nail her shot. And finally, she looks within to be sure she has high degree of confidence to make the shot. If not, she has no problem choosing to layup. 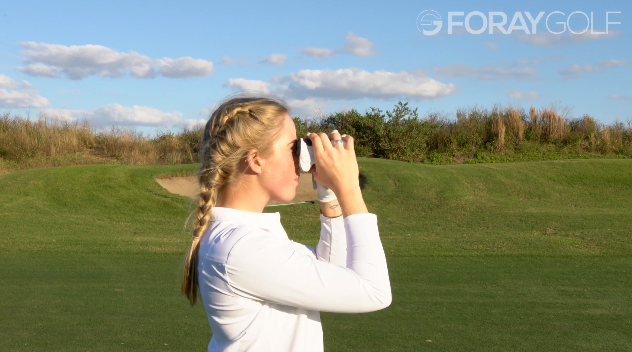 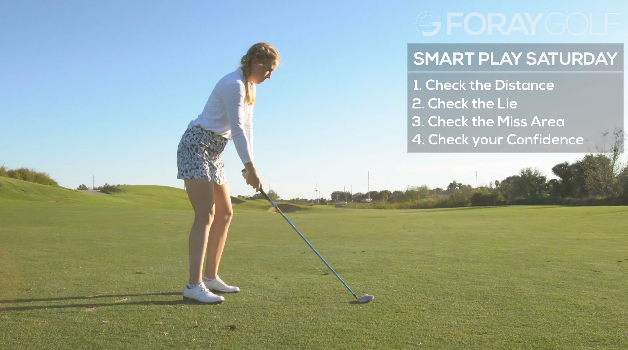 Next, she considers the risks of the shot by looking at the miss area to be sure that she will still have a shot at birdie even if she doesn't nail her shot. And finally, she looks within to be sure she has high degree of confidence to make the shot. If not, she has no problem choosing to layup.

2020 PGA of Ontario Coach of the Year

Sean Casey has spent the last twenty seasons providing instruction at The Glen Abbey Golf Academy and was the Director of Instruction for the past fourteen years.  Sean was recently honored as 2020 Coach of the Year by the PGA of Ontario.

Sean was fortunate to work closely with Sean Foley at Glen Abbey for his first six years at Glen Abbey and credits Foley for having the greatest influence on his approach to coaching. Sean is most passionate about developing and supporting his competitive junior golfers and graduates of his program currently playing NCAA Collegiate Golf. Sean has been the featured instructor in SCOREGolf Magazine eight times and has provided coaching support to the CJGA National Teams since 2007.

Sean joined the PGA of Canada in 1998 as an apprentice, graduated from the University of New Brunswick's Business Administration Program in 2000 and became a Class 'A' member of the PGA in 2001.

Casey Danielson has been a star at every level of golf, first as a four-time WIAA state champion at Osceola High School, then as a member of Stanford University’s 2015 NCAA championship team, then as a young professional who progressed steadily on the Symetra Tour and broke through with two victories this year.

Now, the 26-year-old Danielson is getting ready for the next step: the LPGA Tour. She earned exempt status for 2022 by finishing third on the Symetra Tour money list and will be the first fulltime member of the top women’s tour from Wisconsin since Madison’s Sherri Steinhauer retired in 2012.

HOW DO YOU IMPROVE YOUR 50-YARD PITCH SHOT? The "broken tee drill" will END_OF_DOCUMENT_TOKEN_TO_BE_REPLACED

WHAT'S THE BEST DRILL TO LEARN TO SWING A GOLF CLUB? One of END_OF_DOCUMENT_TOKEN_TO_BE_REPLACED

WHAT ARE GOOD EXERCISES TO INCREASE MY CLUBHEAD SPEED IN GOLF?One of END_OF_DOCUMENT_TOKEN_TO_BE_REPLACED

HOW DO YOU LEARN TO HIT YOUR PUTTS STRAIGHT?Since every putt should END_OF_DOCUMENT_TOKEN_TO_BE_REPLACED