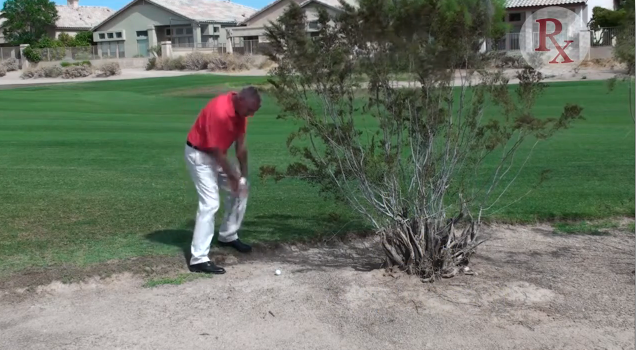 HOW DO YOU SCORE BETTER THROUGH GOOD COURSE MANAGEMENT?

Never hit a good shot that creates a disaster! Avoid making an errant shot worse. While playing a safe shot might seem obvious, it's a wonder how often even good players forget that playing it safe is usually less than half a shot penalty.

So, you're having an excellent round. You hit a great tee shot, but unfortunately, the ball ran through the fairway, and now you're in a bit of a predicament. You find your ball behind an obstacle, such as a bush or tree. Eventually, everyone's going to find themselves in this situation. You can hear that voice inside your head saying, you can do it; hit away. But, so many times, golfers become unhinged high-risk takers. You miss a 30- or 40-yard-wide fairway, yet in your next shot, you're going to fit through a fork in the tree off of a tight lie. It doesn't make any sense, and it costs you unnecessary strokes.

As tempting as it may be to try and heroically attempt a miraculous rescue shot, more times than not, the best play to preserve your score is a safe shot putting your golf ball back in play from a more manageable position. Director of Golf and master instructor Scott Bunker shares some sage advice on managing your score by taking a more conservative approach by playing a little chip and run shot back out to the middle of the fairway. Realize you're in trouble and play a shot that's much safer than trying to make a full hard golf swing and trying to place a miracle shot to save some strokes. It makes more sense to play it safely back to the fairway and go from there with what is essentially a half-a-shot to one-shot penalty. So, when you're in trouble, get the ball safely back in play and see if you can make a working man's par. 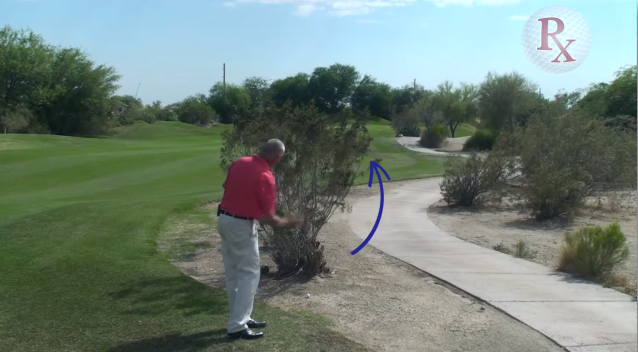 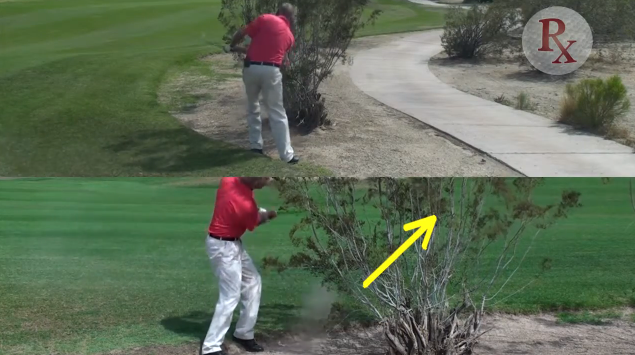 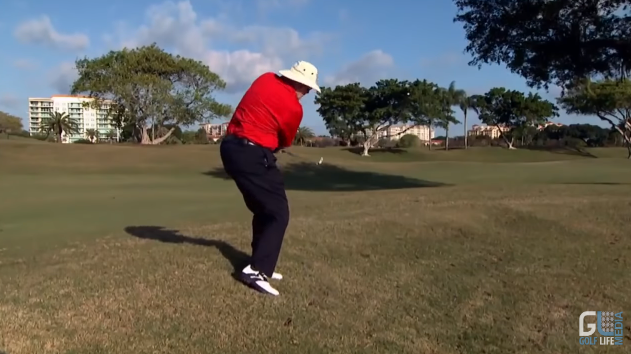 Top 100 golf instructor Dave Pelz also shares a valuable lesson about game management and avoiding making an errant shot worse or turning a good shot into a disaster. While playing a safe shot might seem obvious, it's a wonder at just how often even good players forget that playing it safe is usually less than half a shot penalty, where failing the heroic shot can be a two-shot penalty or more. So, while it's wonderful the two or three times out of ten that the hero shots actually work - those other seven or eight fails do more than hurt your scorecard - they hurt your confidence and make the game less fun.

To conclude, you must start by analyzing your lie. Your lie will dictate your shot options and needed club. When faced with an obstacle that you simply can't hit over, around or through, play it safe, and put your ball back in play. 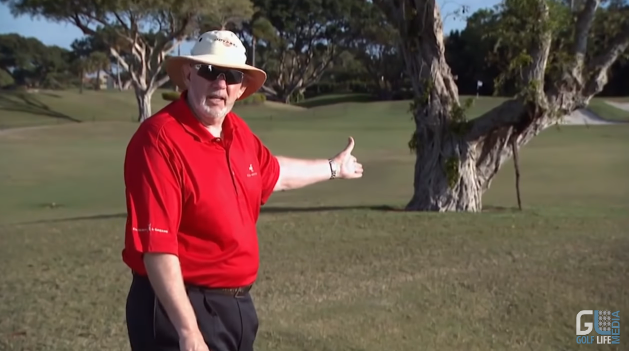 David T. Pelz is an American golf coach, known for his expertise and published writing on the art of the short game, particularly putting.

Pelz's Short Game Bible was a New York Times "national best-seller" in 1999. Eleven of Pelz's professional students have won a total of 21 Major golf championships. Pelz was named by Golf Digest magazine as one of the 25 most influential instructors of the 20th Century.

HOW DO YOU IMPROVE YOUR 50-YARD PITCH SHOT? The "broken tee drill" will END_OF_DOCUMENT_TOKEN_TO_BE_REPLACED

WHAT'S THE BEST DRILL TO LEARN TO SWING A GOLF CLUB? One of END_OF_DOCUMENT_TOKEN_TO_BE_REPLACED

WHAT ARE GOOD EXERCISES TO INCREASE MY CLUBHEAD SPEED IN GOLF?One of END_OF_DOCUMENT_TOKEN_TO_BE_REPLACED

HOW DO YOU LEARN TO HIT YOUR PUTTS STRAIGHT?Since every putt should END_OF_DOCUMENT_TOKEN_TO_BE_REPLACED