How Do You Play Between Clubs? – Three Clubs in One 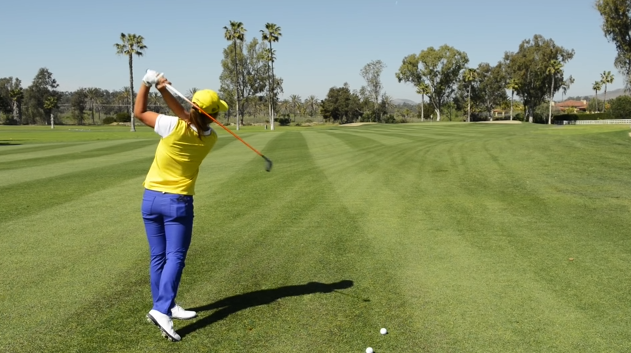 HOW DO YOU PLAY BETWEEN GOLF CLUBS?

By changing your setup, you can get a lot of mileage from a single club. Top Professional Lydia Ko describes how to get three clubs out of one - in this example, her 5-hybrid. She shows you three different ways to hit your 5-hybrid for three distinct distances. The first is for her maximum length using her regular grip and full swing. Next, she chokes down about 2 inches, and this will take off approximately 8 yards. And finally, she will choke down nearly to the bottom of her grip to shave off another 10 yards. 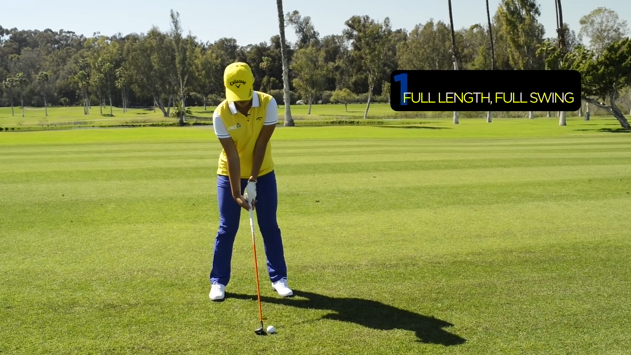 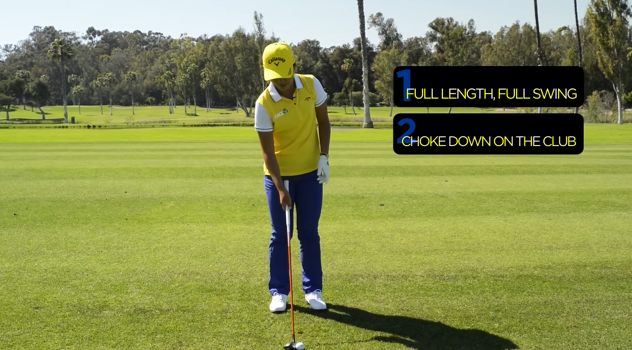 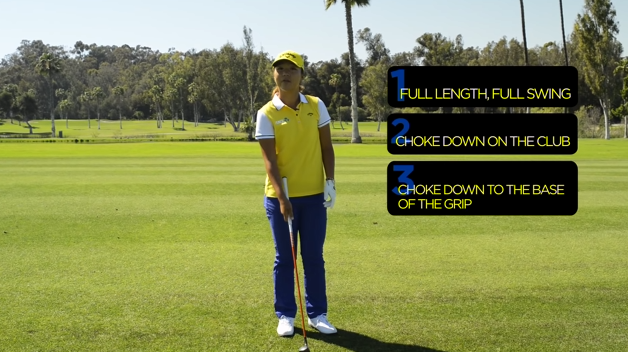 Sometimes it's challenging to figure out which clubs to carry in your bag. You know you want to have all those specialty wedges, and what will you do with that 2 iron anyway? You can usually get three different distances out of a single club by simply changing your setup.

Lydia was granted a special request to join the Tour last October and made her pro debut at the 2013 CME Group Titleholders. The proud New Zealand native had previously won the Mark H. McCormack Medal three years in a row (2011-2013), recognizing her as the top amateur in the world. In April, she was also named one of Time Magazine's 100 most influential people in the world. We're going to be talking about Lydia's place in the game for a long, long time.

HOW DO YOU IMPROVE YOUR 50-YARD PITCH SHOT? The "broken tee drill" will END_OF_DOCUMENT_TOKEN_TO_BE_REPLACED

WHAT'S THE BEST DRILL TO LEARN TO SWING A GOLF CLUB? One of END_OF_DOCUMENT_TOKEN_TO_BE_REPLACED

WHAT ARE GOOD EXERCISES TO INCREASE MY CLUBHEAD SPEED IN GOLF?One of END_OF_DOCUMENT_TOKEN_TO_BE_REPLACED

HOW DO YOU LEARN TO HIT YOUR PUTTS STRAIGHT?Since every putt should END_OF_DOCUMENT_TOKEN_TO_BE_REPLACED