How to Hit out of the Deep Rough!

HOW DO YOU HIT A GOLF BALL OUT OF DEEP ROUGH?

You hit out of a deep rough by:

Hitting out of the rough is never great for distance and accuracy, but you must have this shot for getting your ball out of trouble and staying on par.

Hitting Out of the Rough 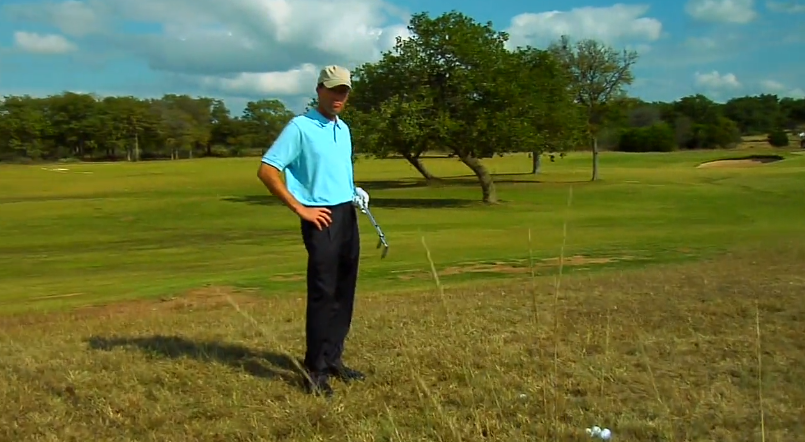 Wouldn't golf be much more fun if all of our shots could be taken from a perfect lie in the fairway? Unfortunately, from time to time (more often than we want), your ball will come to rest in the rough. PGA Lifetime Member - Joe Beck shows you how to hit out of the rough.

Obviously, the lie of the ball can vary considerably, but the biggest issue is that the club face can twist when it contacts the longer grass. When we strike the ball, it will come out with little to no spin. For this shot, you will want to use less club than normal for the distance. For example, instead of a nine-iron, you'll want to play a pitching wedge. 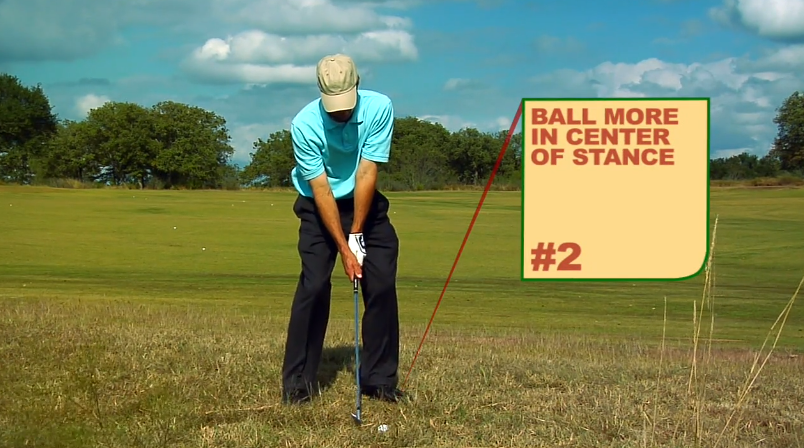 Your address position will have the ball positioned in the center of your stance. And naturally, you need to be aligned toward your target. 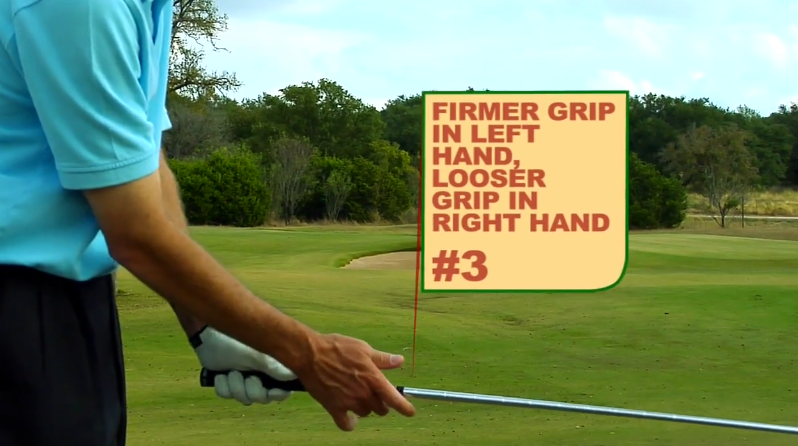 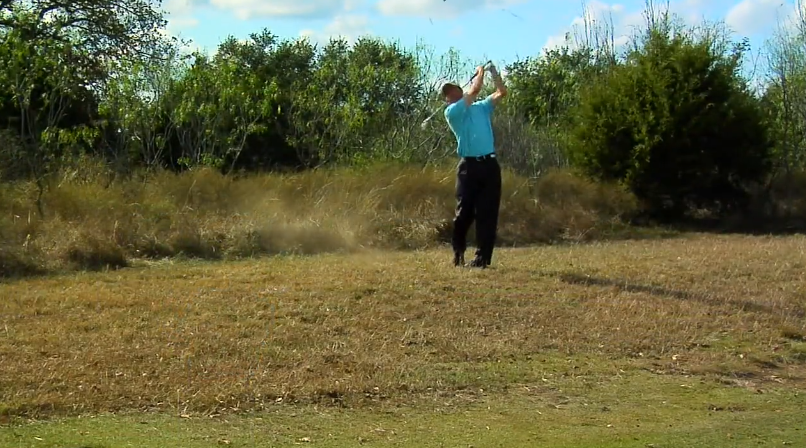 Use your normal swing. You want to make solid ball then turf contact. 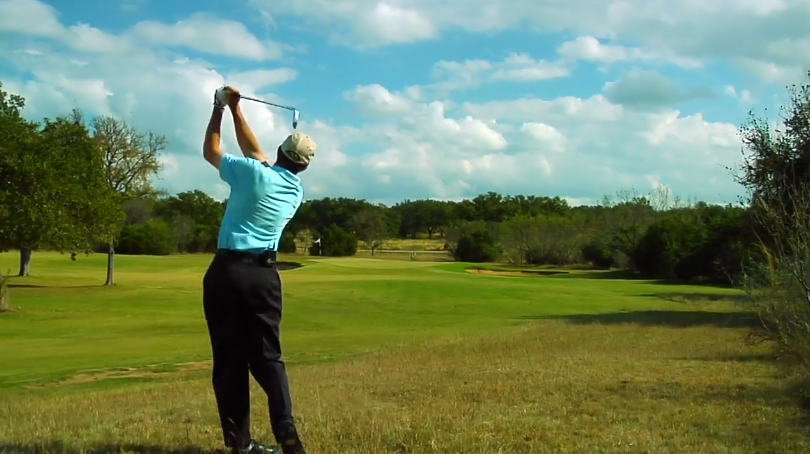 These are the keys to getting your ball out of the rough. This is not a hero shot. Quite the opposite. This is a safety shot to preserve your round. It won't have the same distance or accuracy, but it's an important shot that you know you need. That's what I'm talk'in about.

Golf's Rough, But Doesn't Need to Be 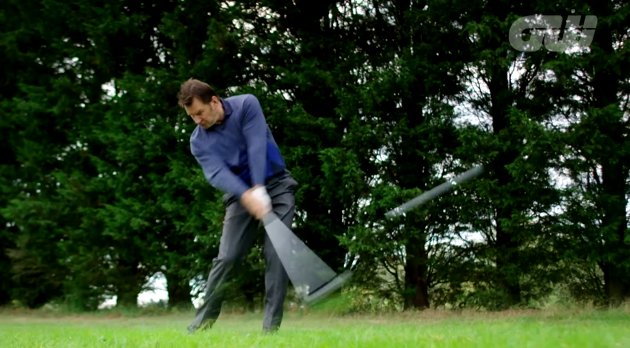 PGA great Sir Nick Faldo shares a master class on how to play out of the rough. It's all about setup and swing adjustments. The longer grass most definitely will come into contact with the hosel of the club, creating some twist to the face, so by opening your club face a little and adjusting your swing path to make it a bit steeper, you can play a natural fade right out of the rough unless the situation dictates a totally different shot.

The key was to get steepness in the swing path and hold the angles. The goal is can you get the heel of the club face to the golf ball first. So, as you seek that more vertical angle of attack you want to hold your wrist hinge a bit longer and allow centrifugal force to pull that club face into the impact zone. Sir Nick speaks about having his trailing shoulder get to the golf ball first before the club head so that his angles will be maintained into and through impact without call for a release of the club.

And Sir Nick offers one more piece of advice for strategy of rough shots to play for the front edge. If the ball comes out hot, it will have the room in the back of the green. If played perfectly, it will bobble and trickle to the middle of the green. 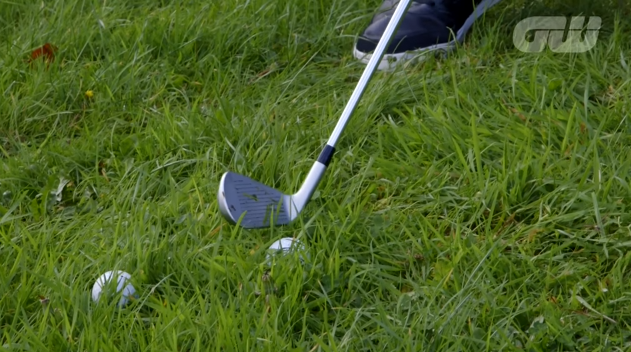 It Ain't the End of the World 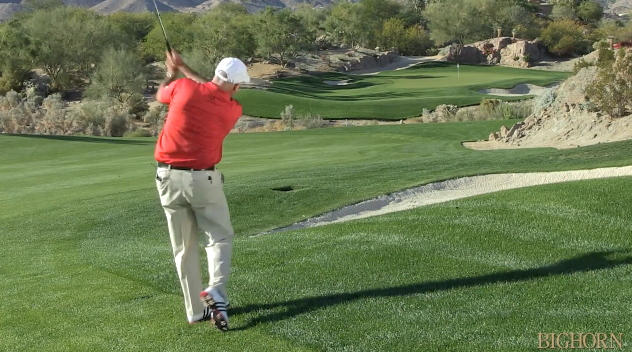 Tom Stickney -Golf Magazine Top 100 Teacher and Director of Instruction at the Big Horn Golf Club gives a great lesson on executing pitch shots from the light rough in your short pitch game. A few minor adjustments in your setup and swing path are the key. You first want to move the ball back in your stance a little bit (about an inch) to help encourage a steeper angle of attack where you are chopping down on the golf ball. Next, you want to set your wrists a little quicker in your backswing so that we can increase the angle of attack and chop down on the ball. Finally, swing solid and aggressive and chop down on the ball to get it out of the rough.

A lot of times people get in the rough and they panic. They're not really sure what to do especially when there's a hazard short of the green as we have here on the Canyons number 18. so how do you handle the rough? What do you do differently to make sure that you can extract this ball from the rough and get it up on that green? 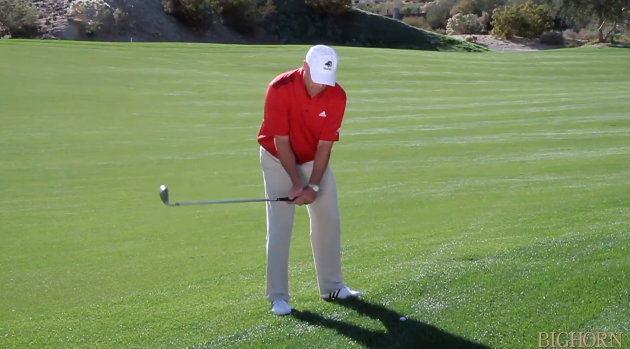 Set your wrists earlier to force yourself into a steeper angle of approach, so you can chop down on the ball.

An Alternative Method to Get out of Thick Rough 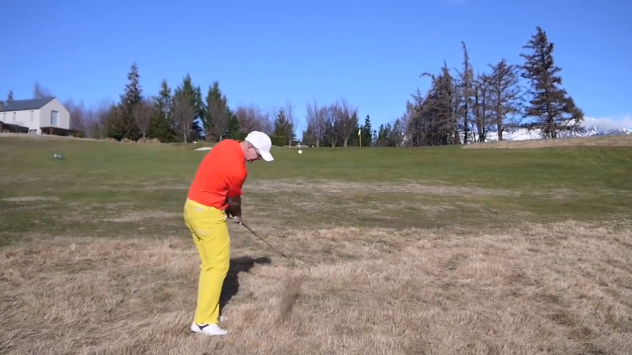 Millbrook Resort Golf Pro, Ben Gallie demonstrates a different technique for getting the ball out of thick deep rough. The ball comes out high and soft and you will be more confident in this recovery shot from now on.

There are two key components to getting out of thick, rough.

Most people try and hit it from the top and really hook it. The toe of the club hits the ground and either opens up or the hosel gets caught and turns over - the ball doesn't get out.

An alternative way for you to get out every time is to come in from the inside and just let the club head cut through the grass. Because we're coming from the inside - the hosel doesn't get caught, it doesn't turn over and the ball pops out nicely every time. 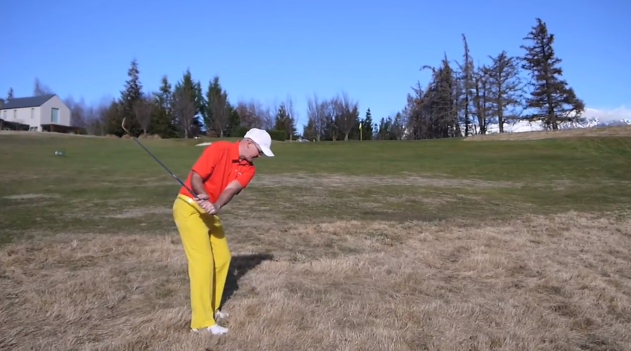 It is incredible to think that, as a 14-year-old watching the 1971 Masters on his parent’s new colour television, Nick Faldo had never even picked up a golf club. Within three years he was a successful British amateur and by the age of 20 he had become the youngest player ever to qualify for the Ryder Cup. Thirty years later, and with six Major championships, more than 40 tournament victories and a total of 98 weeks as the world’s number one golfer, Nick is broadly regarded as the most successful golfer that Britain has ever produced.

Since his first forays into televised golf coverage, Nick Faldo has proved himself to be an insightful, well-informed and witty addition to the commentary booth. Nick is currently the lead analyst for CBS and the Golf Channel and, as such, he has become one of the most recognizable voices of televised golf. Nick’s perceptive opinions have gained him a positive reception from viewers, colleagues and professional golfers alike. Having played, competed for and won some of the biggest titles in the game – as well as coming close on countless other occasions – his personal insight and direct experience of the various situations about which he is commentating is unrivaled. Nick covers many PGA Tour events, has commandeered the 18th tower at the Masters and has been a regular feature on the BBC’s coverage of The Open Championship.

It’s a very rare thing to meet a golfer who doesn’t want to improve their game. In fact, most golfers are willing to do almost anything, with the exception of magic rituals, to lower their handicap or improve their swing. Fortunately for members of our Club, they can take advantage of The Promontory Golf Academy in Park City that features tens of thousands of dollars of golf instructional technology to elevate your game.

‘The Promontory Golf Academy’ also has a secret weapon in the form of Tom F. Stickney II, rated one of the Top 100 golf instructors in the United States. Besides being an exceptional golf teacher, Tom has also published more than 120 articles on the subject of playing better golf, and his ability to teach children how to play golf also shines through. Over 250 golf professionals from around the world have had instruction from Tom Stickney, so we are confident that he can help improve your game.

Ben is the "Best Selling Author" with his book, The Priority Golf System

The Priority Golf System lets you improve your golf no matter how much time you have available to practice. When you have less time, you must prioritize your practice. Ben gives you the tools to be able to do this!

HOW DO YOU IMPROVE YOUR 50-YARD PITCH SHOT? The "broken tee drill" will END_OF_DOCUMENT_TOKEN_TO_BE_REPLACED

WHAT'S THE BEST DRILL TO LEARN TO SWING A GOLF CLUB? One of END_OF_DOCUMENT_TOKEN_TO_BE_REPLACED

WHAT ARE GOOD EXERCISES TO INCREASE MY CLUBHEAD SPEED IN GOLF?One of END_OF_DOCUMENT_TOKEN_TO_BE_REPLACED

HOW DO YOU LEARN TO HIT YOUR PUTTS STRAIGHT?Since every putt should END_OF_DOCUMENT_TOKEN_TO_BE_REPLACED