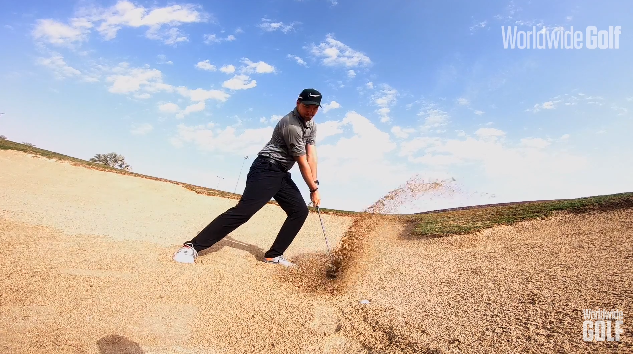 HOW DO YOU PLAY A BAD LIE IN A GREENSIDE BUNKER?

You play a bad lie (plugged ball, ball in footprint) in a greenside bunker shot with a "pick and chop" stroke, where the leading edge of the sand wedge acts as a digging tool. The clubface must be square to the target line with the handle forward to deloft the clubface. We want the clubface to knife down into the sand. It's important to lean toward the target with our weight on our left foot and use a "pick and chop" motion, which is a vertical swing motion.

Head Teaching Professional at the Trump International Golf Club, Dubai - Sven Nielsen shares a valuable lesson on playing a greenside bunker shot when the ball is either plugged or sitting in a footprint. Don't be anxious; this shot is not that different than a standard splash shot, just a few modifications to your setup and swing path. First, you'll want to put more weight on your target side leg with your setup. Your swing path needs to be more vertical. Some would describe it as a pick-and-chop motion, picking the club up like you might be swinging an ax. This will help you have a steep descending blow where the club head serves as a digging tool and pop the ball out. The more deeply buried, the more your club face should be adjusted to be closed. If sitting in a footprint, chances are good that opening your club face as with a regular splash shot will be fine. Remember, to get the ball out; you want to swing the club with good acceleration and speed at impact with the sand. Your follow-through will be pretty minimal as you pick and chop the sand. 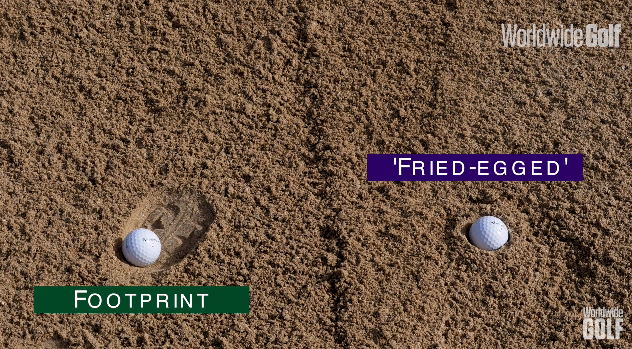 A bad lie in a bunker is most often caused by a footprint (where somebody has not raked the bunker properly), or the ball is plugged below the sand like a fried egg. The buried lie or footprint greenside bunker shot is essentially a trouble shot.  It starts with club selection and setup. Remember, the primary goal is to get it out and onto the green. If you get it close, that's a bonus.

The first thing you will want to do is assess the lie and the pin placement to understand the amount of green you have to work with. This will help you decide which club you're going to go with. If you don't have much green to work with and have to make a higher lob styled shot, you might choose your 60-degree wedge. The ball is going to come out quite high, so you'll have to go at it more aggressively than normal. If you have some green to work with, you can probably use a 56-degree or 58-degree which will come out lower.

So, to get this ball out of this buried lie, understand when the bottom of the ball is below the surface of the sand, instead of utilizing the bounce edge of the golf club like we do in the basic splash shot, you need to use the leading edge of the wedge as a digging tool. You will start by setting the club handle slightly forward, or what we say is delofting the club. You're going to aim the face at the flag. 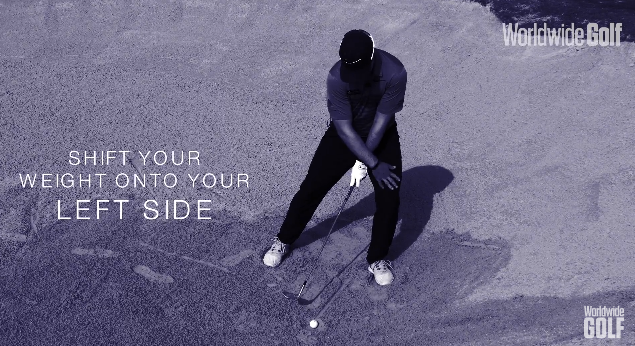 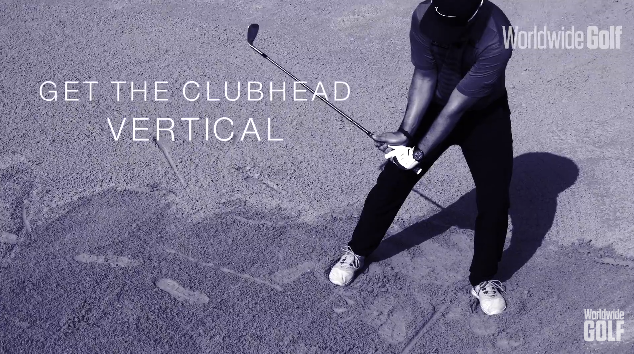 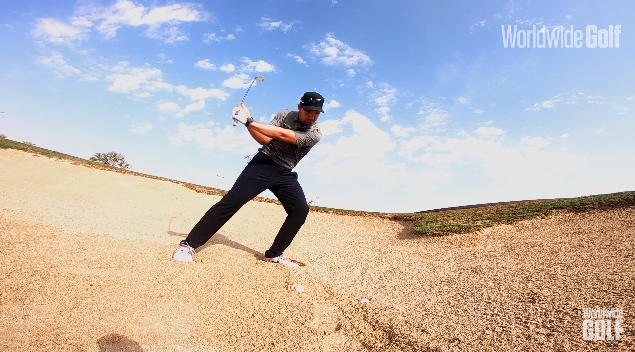 You will actually lean forward toward your target. You will use a slightly steep descending angle of approach to dig this ball out of the buried lie. The swing will be more of an up and down swing which we will call a pick and chop. You will pick the club up and chop down into the sand. That will explode the ball out. Be mindful, when the ball hits the green it's going to tend to release and roll. Since this is essentially a trouble shot, the goal is to get out of the bunker and on the green. Anything close to the pin is a bonus.
So, the three things we're going to change from our normal splash shot are: 1) Even more weight on your lead or target side leg 2) club going very, very vertical, and 3) we need speed, so make sure you give this a good hit.

Our Head PGA Professional, Sven Nielsen, has been with us since the start to help establish Trump International Golf Club, Dubai. Sven grew up in South Africa and started playing golf at the age of 2, before joining his first golf club at the age of 6. Sven represented his County, Province and National teams at various age divisions. After a successful amateur career, Sven joined the team at Trump Turnberry in 2007, and became a PGA Professional in 2008. After nine and half years at the resort, Sven says “ Trump Turnberry is certainly one of the best places in the world to work at." He now heads the golf academy at Trump International, Dubai and is always enthusiastic to help develop great players in the UAE.

HOW DO YOU IMPROVE YOUR 50-YARD PITCH SHOT? The "broken tee drill" will END_OF_DOCUMENT_TOKEN_TO_BE_REPLACED

WHAT'S THE BEST DRILL TO LEARN TO SWING A GOLF CLUB? One of END_OF_DOCUMENT_TOKEN_TO_BE_REPLACED

WHAT ARE GOOD EXERCISES TO INCREASE MY CLUBHEAD SPEED IN GOLF?One of END_OF_DOCUMENT_TOKEN_TO_BE_REPLACED

HOW DO YOU LEARN TO HIT YOUR PUTTS STRAIGHT?Since every putt should END_OF_DOCUMENT_TOKEN_TO_BE_REPLACED